On this short, escorted stroll along historic Spring and Pelham Streets…

In colonial Rhode Island, separation of church and state fostered religious liberty. This freedom promoted a rich diversity of religious thought and worship. The quotes highlight ways in which the four houses of worship on our tour reflect Newport’s contributions to our nation’s liberty, philosophy, art, and architecture. 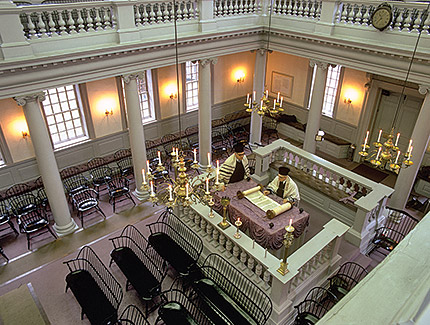 Hear the remarkable story of Touro Synagogue, a building of exquisite beauty and design, and America’s oldest Jewish house of worship. Designed by noted colonial architect Peter Harrison, Touro was designated a National Historic Site in 1946.

In 340 well-chosen words, President George Washington’s letter “To the Hebrew Congregation in Newport,” reassured those who had fled tyranny that life in their new nation would be different, that religious “toleration” would give way to religious liberty, and that the United States “gives to bigotry no sanction, to persecution no assistance.” 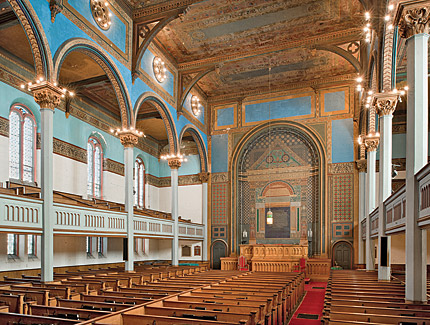 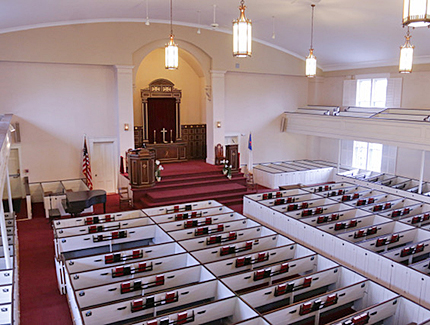 Roger Williams founded the First Baptist Church in America in nearby Providence, after being driven from Massachusetts in 1636. In 1638 John Clarke, a minister, from Great Britain, started leading worship services in nearby Portsmouth, RI after he and his congregation were also expelled from Massachusetts.

Clarke and his followers set out to establish a settlement that would put forth the group’s beliefs in soul liberty, religious freedom, and civil liberty. On April 28, 1639, Clarke and others reached an agreement to move to the southern end of Aquidneck Island to form a new settlement, which became known as Newport. The first meeting house for his congregation was built in the Green End area in 1644.

On May 2, 1946, after several consolidations of the town’s Baptist congregations, a new congregation called the United Baptist Church, John Clarke Memorial was formed. 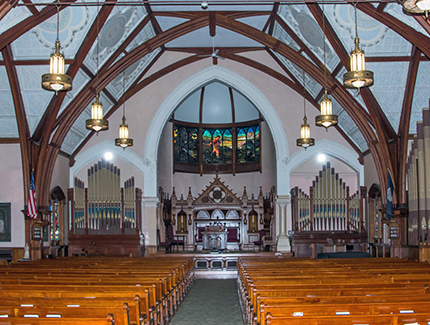 Experience a place where the congregation’s beliefs cover a wide range of modern religious thought. Enjoy stunning architectural features and learn why Channing was built as a memorial for William Ellery Channing, an early Unitarian minister and abolitionist.